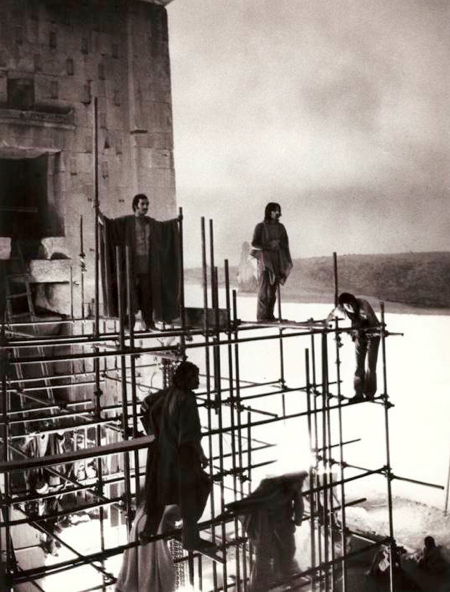 Taking the decade long controversial Festival of Arts, Shiraz-Persepolis as a historical object, the second project within Archaeology of the Final Decade retraces documents and records in order to reconstruct the space and complex networks of ideas that informed the Festival’s original curatorial direction.

The Festival juxtaposed performances ranging from the intimate to the ritual, archaic to contemporary, folkloric to experimental and satirical to subversive. The research unearths a rich tapestry of music, song, dance and story that came together under the banner of the Festival during the period between 1967 and 1978.

Since the revolution these materials were officially banned in Iran and it remains one of the major unresolved artistic complexes of the pre-revolutionary period.
In the immediate aftermath of decolonisation, the Festival put cultural expressions from Asia and Africa on the map as valuable and equal. Its pioneering world stage brought together these distant voices alongside Western expressions from both sides of the Iron Curtain. The process of discovery, deconstruction, reorientation and the affirmation of non-European sensibilities found a natural ally in the internationally fluid and subversive avant-garde, which sought to break from the constraints and stabilities of its own traditions.

The Festival proposed a sophisticated version of universalism that would reject any reductive principle of a unified globalised culture. Instead, the careful selection of programming mapped encounters that dreamt up a utopian vision of heterogeneous unity. This vision was articulated temporally and spatially – the Festival’s stage united diverse expressions across historical time and improvised alternative performance spaces across the open city and nature. This exhibition restages the utopian direction of this contested space of culture and reconsiders the Festival’s paradigm-shifting and radical cultural model coming from the periphery to confront the centre.